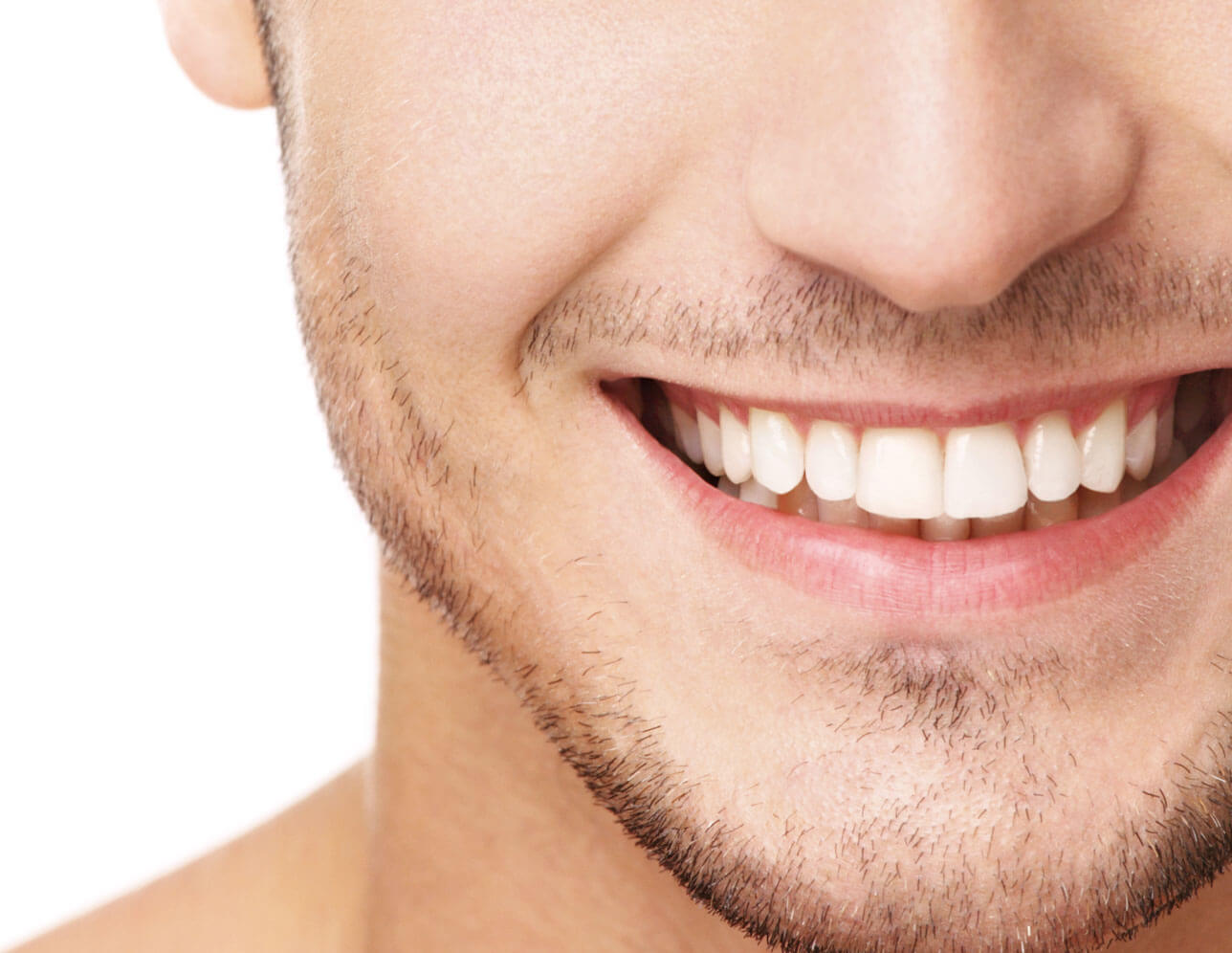 The Original Family Dentist in Hamburg, NJ for Over 25 Years

In this office only composite resin (white) fillings are performed.  We have not used amalgam (silver) filling material since approximately the year 2000.  The reasons for this are many.

First….. Silver amalgam has been a good and reliable dental filling material over the last 200 years.  Over that time undoubtedly the formulation of amalgam has changed and improved, but the same basic technology for amalgam is still the same.  We have better filling materials available to us today.

Technology is everywhere, and dentistry is no different.  Think back to what the times must have been like in the early 1800’s when amalgam was first being used.  The light bulb wasn’t invented until the 1870’s. The Wright brother’s first successful flight was in 1903.  Now we have rockets, satellites and space shuttles, as well as automobiles that talk to us and guide us to our destination.  Through all of this time of technology and advancement, is it logical to think that the best dental filling available is still…… amalgam?   Thankfully, no.

Misconceptions and truth about silver …

One of the biggest “knocks” against the use of silver amalgam fillings is that they contain mercury, which is a known human carcinogen.  Mercury in silver fillings is chemically bound to the other metals within the amalgam, and it is rendered inert, harmless.  I am not in the category of dentists who scare you with mercury claims.  It is safe.  However, some mercury does get into the environment during the placement and removal of silver fillings, and that is a legitimate claim to make, and just one reason for not using them.   In fact, in 2009 Norway, Denmark and Sweden banned the use of silver amalgam in their countries due to the mercury issue.  The biggest problems with silver are their poor appearance; limited versatility; weak initial strength; post-operative sensitivity to hot and cold; leakage due to lack of bonding; need to cut more tooth structure for retention than with composite ; and their thermal expansion which tends to place cracks in tooth structure, leading to fractured teeth.

Having cleared up that misconception about silver, my reason for using exclusively composite resin since 2000 is simple; it is a better performing material, in almost every way.  Period.  Patients like composite resin for their natural tooth shade, most dentists like them for their many good qualities.  The best and brightest minds in dentistry today advocate the use of composite resin.  I take many continuing education courses in dentistry, and the amount of research, developments and advancements in the area of bonding with composite resin are amazing.  Conversely, there is nothing new with amalgam, and in fact while I could find hundreds of lectures and seminars being offered on composite resin, I cannot recall even seeing a lecture or seminar advertised praising the virtues or new breakthroughs with amalgam.  In fact, there aren’t any.

These fillings are bonded to a tooth surface.   The tooth is chemically treated, or etched/primed, and then a bonding agent is placed and cured with an ultraviolet light.  Then the composite resin is placed and cured.  Now you have a filling which is bonded, or glued within the tubules or pores of the tooth.  The filling is now essentially glued to all of the internal walls of the tooth.  This makes for a much more stable and strong filling and tooth.  The adhesive technology allows for less cutting of tooth structure than is required for amalgam, which requires additional cutting for mechanical retention.  Also, there is far less post-operative sensitivity with the tooth, to hot, cold and air.  In the days when I used to place silver fillings on back teeth, I would routinely caution my patients that hot/cold sensitivity would likely be a permanent drawback to placing this filling.   This post-operative sensitivity has nearly been eliminated with a properly placed composite resin filling.  (more on this later).  The bonding helps seal the tooth against leakage better than silver fillings, thus reducing the incidence of new decay; many resin fillings also contain fluoride.  Ironically, we were taught in dental school that one of the ways amalgams became somewhat “sealed” over the years in place was that they would corrode, and the corrosion products would help seal the gap between the filling and the tooth.  Imagine that, depending on your filling to corrode in order to be sealed.  Anyone who has silver fillings can look in their mouth and attest to the corrosion, as after a few years these fillings are closer to black than silver.

As I’ve stated, I have been performing exclusively composite resin fillings since approximate the year 2000.  What about before that?  Prior to 2000 I had extensive experience placing composite resin, but usually on front teeth only.   This is what I was taught.  But I was placing amalgam fillings on back teeth.  My journey to using composite resin filling material exclusively didn’t happen overnight.  In fact, it took some time, and it was a very gradual transition, one that my patients actually helped me reach.  I remember the days when a patient would request a “white “filling on one of their back teeth, and I would promptly advise them that white fillings aren’t “strong enough” for back teeth.  After some prodding, I relented and started doing some composite resin on back teeth, cautioning my patient “this filling may not last.”  Over time I started seeing some surprising results; these fillings which I cautioned my patients about weren’t only lasting…..they were going strong year after year, and they looked great!  I found myself opting to place composite resin in situations where I only used to place amalgam.  Not only was the composite resin merely adequate, I found it to be superior to amalgam.  The fact that the material is bonded, and becomes instantaneously hard upon UV light curing made it a very versatile material.  (In my amalgam days, there were times where the amalgam filling fell apart as soon as I took off the matrix band that is placed around the tooth for such fillings). I found myself restoring teeth with composite resin that I previously might have thought unrestorable.  Many’s the time I finished placing a huge composite resin filling and thought to myself, “I never would have been able to fix this tooth with amalgam.”   Conversely, not a single time did I place a resin filling and think, “… hmm, I really should have placed an amalgam there.”

Drawbacks to using composite resin … and the question …“ Which lasts longer, composite or amalgam?”

I have been using composite resin for 23 years.  I have taken a lot of continuing education on the topic, self-study, and a lot of clinical experience using the material.  I joke sometimes that I think I can build a rocket ship with the stuff.  Placing composite resin fillings takes more time, skill, knowledge and expertise,  ….and patience, than does amalgam.   Composite material is also less “forgiving” than amalgam, which is to say that the margin for error is much slimmer than that of amalgam use.  Composite resin material needs to be more carefully and meticulously placed than amalgam, with no moisture contamination.   They take a lot more time. The material itself is also much more expensive, as are the instruments used to work with the material, as well as the UV light curing units, which can be upwards of $1000 or more.  Therefore, the fillings cost more to patients.  Contrast this with amalgam, which is cheap and quick, and is more “forgiving” to less than ideal placement.  So the answer to the question of “which is better” , depends on the skill, knowledge and expertise of the dentist placing the fillings.  Like anything else, a poorly performed procedure of any kind will end up with poor results.  It’s like asking the question, “which is better transportation, an old bicycle or a Ferrari?”   Well, if you know how to drive and have experience with Ferrari’s in particular, the answer is clear.  If you are a poor driver, and can’t even get the car in gear, you won’t go very fast and your best choice might be to stick with the bicycle until you learn to drive.   So, YES…..an expertly performed composite resin is far superior than an expertly performed silver amalgam filling, all else being equal.  However, a poorly performed silver amalgam filling probably has an edge over a poorly performed composite resin filling.  That’s not exactly a raving endorsement of silver fillings, but it’s the truth and about as good as it gets for amalgam.

There are still many dentists today who place silver amalgam fillings on back teeth.  Maybe some dentists truly feel that it is superior to composite resin, but I could not disagree more.  Most others place silver for the reason stated above; it is quick, cheap, and familiar.  Many dentists who participate with certain insurance companies are also penalized by these companies for doing composite resin, i.e. the reimbursements are so low that it is prohibitive, and amalgam restorations are chosen instead.  With that being said, there are fewer dentists placing amalgam with each passing year, and by the end of my career it may be difficult to actually find a dentist that still uses silver amalgam.  That’s the direction dentistry is headed, it’s just taking some folks a little longer to get there.

I hope I answered some of your questions about composite resin and silver amalgam.

My question to you is …

Today, which filling material do you want in your mouth, and for your family?  Composite resin with its modern technology and proved superior results, great cosmetics, and environmentally friendly …or silver amalgam that was developed before the light bulb and was used on your great, great, great grandfather?

Call to make an appointment today